Why Does iPhone Go Straight To Voicemail?

Why Does iPhone Go Straight To Voicemail? Everyone around you is trying to connect you, your friends, family, and even your boss but they can’t get through and just because your iPhone goes straight to voicemail and you need to check your voice mail to and fro.

Well, firstly let’s get clear why your iPhone goes straight to voicemail when someone calls and how to fix it so that it doesn’t create any chaos in your life.

My iPhone Goes Straight To Voicemail When Someone Calls

iPhone goes straight to voicemail because:

Let’s identify the cause and fix the problem

The Causes Why iPhone Goes Straight To Voicemail

There are three main reasons why iPhones go straight to voicemail, and the first one is very obvious and everybody knows it. Most of the time it happens due to the other two reasons that are either do Not Disturb is turned on or no service has been given to the iPhone.

When the iPhone is too distant to connect to cell towers, or when it’s cut off from the outside world with Airplane Mode, all calls go straight to voicemail as iPhone isn’t connected to the cellular network.

How to identify If Do Not Disturb Is Turned On?

Look in the upper right-hand corner of the iPhone, just to the left of the battery icon. If there is a crescent moon, Do Not Disturb is turned on.

How To Turn Off Do Not Disturb?

Let’s see how Do Not Disturb Get Turned On In The First Place?

Open the Settings app and tap on Do Not Disturb. Is Scheduled turned on? then the Phone will automatically turn Do Not Disturb on and off when you go to sleep.

Do Not Disturb While Driving

Some readers have reported a new solution that appeared in a recent version of iOS: Change Announce Calls to Always. Go to Settings -> Phone -> Announce Calls, tap Always, and give it a try.

Scrutinize For A Carrier Settings Update

Connect to the Carrier

Connect to the cell carrier about an issue with service for missed or dropped calls. If it becomes a routine phenomenon that isn’t fixed by any of the troubleshooting steps mentioned in the article, then connecting to the provider is an only option to see if there are any known issues or if there is a tower update that needs to be done on their end.

Back On The Track

Well, once the procedure is done iPhone is ringing again and the calls aren’t going straight to voicemail. Do Not Disturb is a beneficial feature while sleeping, but it can cause some serious health issues if not utilized correctly. I hope this article has given you a satisfactory solution to your problem. 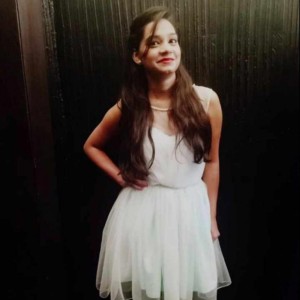